HOW far will $440,000 get you on Adelaide’s property market? CoreLogic data shows this week our capital city’s median house price sits around this price making it the second cheapest capital city in the country behind Hobart’s $375,000.

So if you were looking to spend around the median price — what would it get you? We’ve had a look at what you might find on the market priced around $400,000 to $500,000 in Adelaide’s north, east, south and west. We also asked local specialist agents what buyers might expect to find in their area around the $450,000 mark.

“For that price you would get something very nice with everything, around the Salisbury area. Usually for a nice family home you would be looking at around the $300,000 to $350,000 price range, so if people were looking around that $450,000 range they would most likely be second time buyers.

Around Coromandel Valley, Flagstaff Hill, Aberfoyle Park you can find a 1970s-1980s -built four-bedroom home on 7000 to 1000sqm. You get that Hills lifestyle. Further into Blackwood your dollar doesn’t stretch as far. You’re looking at large units or small two or three-bedroom homes that might need a bit of work.”

“It’s pretty much the high end of the market in Morphett Vale, Christies Beach and Hackham. That will be a four-bedroom house with a new kitchen and new bathroom and you would also be looking at pergolas.

Further south it would get you a brand new home with all the bells and whistles in Seaford Meadows or Seaford Heights- there are some tremendous four-bedroom properties there.

You get exceptional value for money in the south.

“It will buy a very good quality family home which is probably a cut above the average here in Aldinga Beach. Because it’s just that little bit further out from the city, it represents very good value for money.

You would expect a reasonable size of allotment with newish home on it closer to the beach than others.”

“In and around Magill you would get a very nice unit- it would be existing (not new) but upgraded.

“In the southeastern suburbs it does vary quite a bit. In Melrose Park you would get an older property — an original red brick style on a reasonable-size block of land.

You would get a nice unit or perhaps homette in Westbourne Park, updated to some degree but not new — certainly comfortable to live in.

In Cumberland Park you would get a townhouse

In Panorama you could look at getting a house on a smaller block for that money. St Marys is the same — there’s a lot of (new) duplexes in St Marys, they’re about $500,000 or thereabouts. For $450,000 you will get something a bit older.”

“Through some of those blue chip areas such as Glenelg East, Glenelg, Somerton Park through to Brighton that would get you a homette — a nice two-bedroom home unit with a lockup garage. You’d also get an apartment in Glenelg.

For a house, on that sort of price point you’d get a three-bedroom home on a reduced-sized block of about 500 to 600sqm through Oaklands Park, Dover Gardens, and Seacombe Gardens. It’s a good price point because those sort of block sizes aren’t what developers are looking at.”

“In West Lakes that would buy you a two-bedroom homette, which could be a bit dated.

In Royal Park it could old be an older home on a larger block. 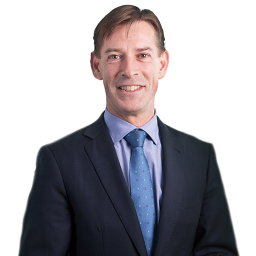